Let’s get straight into the Real Essence and Aim of creating this Boot Camp.

The AIM is to change the Perception, perception, that, PowerPoint is just a presentation design tool. Right after the completion of the first 5 to 6 brutal Projects,  your thinking and imagination will be on some another level ( regarding the value & opportunities this tool will create for you ) and I hope the very first project [ Anti-Aircraft Radar System ] is only enough for changing the perception completely.

We are going to forcefully OVERCLOCK the Microsoft PowerPoint, to get the most out of it to achieve something extraordinary Beyond Presentations designs, and that’s where the NEW BEGINNING of Powerpoint would kick off.

Ideas are very rare and unique. Sometimes they are very simple, and most of the time they are really complicated to imagine. Whatever the case is, You need such a Powerful, Fast, Lightweight tool ( with a smooth learning curve ), that is just all in one, all-time be your Right hand, to ILLUSTRATE and ANIMATE your Crazy ideas in a matter of few seconds and minutes, and this Boot Camp is all about Proving How PowrPoint could be your evergreen Right Hand, whether you are an Entrepreneur, Business Men, Science Teacher, Programmer, Freelancer, running a Startup, Consultant or a Content Creator like a Youtuber, Story Teller, Travel Vlogger, etc, you need Graphics, you need Animations to convey your message ( in a proper way ) to your target audience.

So what’s a good better and easiest way to illustrate and animate without investing extra Time & Money on other complicated Graphic & Animation Design tools like Adobe illustrator and Adobe After Effect.

Why not discover first, all the Undiscovered Capabilities, hidden features like Hidden Transform, Hidden Triggers, Triggers to Triggers base animation design, Hammering PowerPoint so hard with a lot of animations to make it fully uncomfortable to Run to check where would be the final Edge. So that’s why I told you earlier that we are going to OVERCLOCKED Microsoft PowerPoint. To get Maximum performance from your GPU, you do what, simply, have to Overclock the GPU, likewise that, in order to turn every single idea, every single thought to be illustrated and then to be animated, we need to first test PowerPoint in such a way that it would be able to catch all of our thoughts, deep thinking, creative imaginations and allows us to think with full freedom and trust.

So let’s discuss the Projects, and what you will learn in all of those crazy projects.

This is the very first Super Advance & Interesting Project, inspired by a very intense scene in Hollywood Movie named Battleship. When Aliens were attacking the ship, so in response the Navy armed forces launched Missiles at them, so while watching that movie I really liked the visuals of that one particular scene. So I thought, why not re-create the same visuals of that scene in PowerPoint with a little bit more enhanced modification. Inside After Effect you can design any type of visual but inside PowerPoint ( with a limited tool set ) it’s really challenging and difficult to craft something like that, that looks amazing and Professional.

After Completing this Project, I bet, you will be Pro at using 4 Types of ( Entrance, Emphasis, Exit & Motion Paths base ) PowerPoint Built-in Animations. Along with that, you will learn a lot of advanced illustration design Secrets tricks, and techniques. Alignments, Selection Pane, Merge Shape Operations, Grouping vs Union Approaches. What to do to reduce the number of animations from the Animation pane to improve the Overall Slide Speed ( the rate at which the slide renders the animations).

We will be hammering PowerPoint with more than 60 to 70+ animations per slide in this project ( 40+ animations all running together on one single click), and we will see what would happen to PowerPoint when we assign 1000+ animations to 1000+ graphic elements on one single Slide. At that time, even with very decent System Specs and with Powerful GPU, your system starts frustrating to run lightweight PowerPoint. The Aim of doing all of these Crazy things, is to simply learn how far we can go, and where things start becoming difficult to handle so that we could find the solution or go ahead with some alternative if that particular problem has no solution at all.

Sometimes when you start bombarding a lot of animations even with having good system specs and graphic cards you will experience huge lags while running animations, so how to deal with the performance issues, we will see that too.

ln this section, we will explore the mysterious world of  “HIDDEN TRIGGERS”. We will do two projects in this section to solidify our learnings and we will see the Practical usages where we can use Hidden Triggers in our content.

The very first project is all about “Booting Windows 11”.  We will create the fake illusion of booting Windows 11 inside from the computer (3D Model) with the help of hidden triggers base animations. We will learn how to create a chain of triggers ( Triggers to Triggers ) and how to handle them.

The second project is the TICK-TACK TOE game. We will create this game from scratch with the help of hidden triggers. In this specific project, the real Challenge is the placement of hidden triggers when they are more than 20 to 30 in number and you have to place them all on one single slide.

The booting Windows 11 project primarily focuses on learning how to use Hidden Triggers in Powerpoint practically, while the other way around Tick Tack Toe game project focuses on the placement of Hidden Triggers when they are in huge numbers.

In this project, we will let the Astronaut do the Skydive from International Space Station. The primary intent of this project is to Level up the game of Rotation and Scaling in Powerpoint. You will be a Magician of PowrePoint right after the completion of this section. It’s all about having a strong grip on how you rotate and scale up or scale down graphic elements along with rotation, and this section focuses on that specific part.

We will create 3 Scenes from 3 different Camera positions, 1 view inside from the hatch of the ISS, the second view from the top, and the third one from the left. All the animations would be set up on Triggers.

This Indoor Snooker game project will enhance your illustration and animation skills a little bit more before we are heading toward the next Big Project.

After completing the first 4 sections, you will have a very decent & Pro level of skills in animating in Powerpoint. So now here in this section, we will shift our focus more toward on illustration part in PowerPoint. We will first illustrate the full Falcon Heavy Rocket with its Side Booster and all of its Stages, and then later with the help of our Previous Animation skills, we would start animating it from Launch to Re-entry Burn. We will use both PowerPoint built-in animations as well as Morph base Transition animations, and in this Complex Project, you will get a clear picture of when and where we have to use Morph base animations and where we should have to use the Built-in 4 types of ( entrance, emphasis, exit & motion paths )  animations.

Right after the completion of the first 5 sections, You will have full clarity regarding illustration and animation design. The primary Aim was to learn PowerPoint at a very deeper level with keen interest by doing exciting and complex projects and looking at Microsoft PowerPoint from a very different angle beyond just as a Presentation design tool.

The upcoming next sections and the projects in them are supplemental. These sections are more and more inclined toward the Practical usages of PowerPoint in real life as Content Creators, Medical Doctors, Youtuber, and Startup founders who want to discuss their billion-dollar ideas with their co-founders, freelancers, programmers, developers, Hackers, data scientists,  who want to win long term clients by impressing them with easy to understand cool animated videos to simplify their project details and how you would solve their problems step by step.

The spy drone system is another very dramatic and full of suspense base project. In this project, you will learn, how to create dramatic scenes in Powerpoint. How to do perfect Slide zooming. Advance Rotation Skills along with motion paths, and how to edit your PowerPoint base scene clips in adobe premier pro to increase even more suspense.

In the end, we will see, the practical usage where in real life you can use these killer skills and how this project would help you to create historical, fictional, and nonfictional content like stories, discoveries, documentaries, science, and conspiracy theories full of suspense.

Suspense & Curiosity base content converts like crazy. So this project will open up your mind to see the number of opportunities and ideas to level up your content creation game.

With the help of this project, your Morph base animation skills will be on some other level. It’s a practical demo of how easily you can create such powerful animations in 20 to 30 mins with the help of a simple illustration.

This project is a great addition to your PowerPoint skills to level up your content creation game.

This section is all about how software engineers, developers, Technologists, and Tech startup guys could use Powerpoint to level up their daily productivity. Whether you want to create content for your next programming Bootcamp, or as a developer doing discussions on a daily basis with your clients to understand the project details and complexities. Let’s say you are a startup founder/cofounder who has to discuss new ideas, and new features every single day with your team members so what’s a good better way to communicate with your audience, clients, and team members?  With the help of Easy Graphics and Animation, you would be able to communicate faster in a productive way. If you are a coding Content Creator, you would be able to explain difficult lines in code with the help of animations. For example, let’s say being a Javascript instructor it would be very easy for you to explain the concept of this* keyword with the help of animation first and then take your students to the coding exercises later.

This section is specially designed for medical doctors, who want to jump into the field of content creation.

In this section, students will learn how to create their own simulator from scratch in PowerPoint. 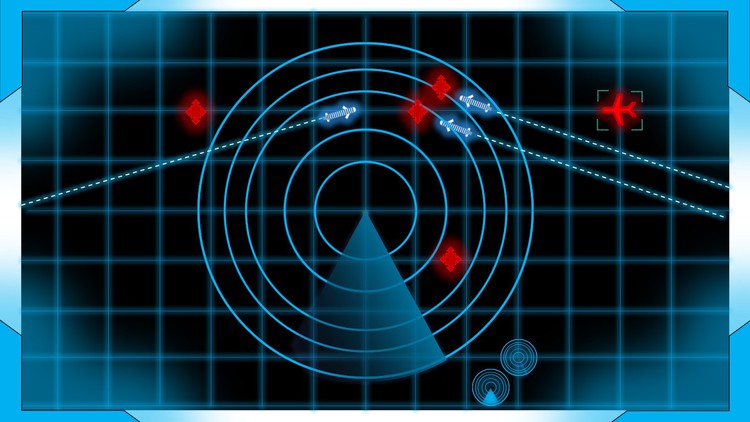